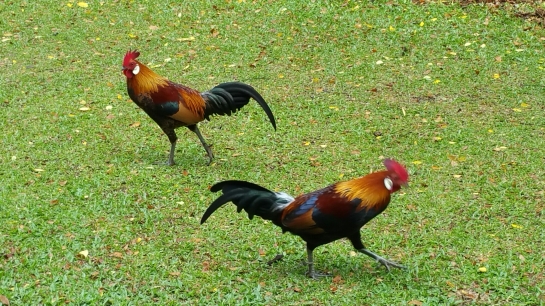 Two roosters, both thirsty, arrived at their usual water hole at the same time. They immediately began to argue who should satisfy their thirst first. The argument became heated, and each decided he would rather die than give up the privilege of being first to quench his thirst.

As they stubbornly confronted each other, their emotions turned to rage. Their cruel attacks on each other were suddenly interrupted. They both looked up. Circling overhead were vultures waiting for the loser to fall. Quietly, the two beasts turned and walked away. The thought of being devoured was all they needed to end their quarrel.

Consider President-elect Donald Trump’s overtures to China on tariffs and trade. China is not the worst enemy of the US. If the two giants were to enter into a trade war, there are vultures flying around, waiting to pick the bones.